All You Need To Know About Surge Protectors

Before we get into the details of what a surge protector is, why you might need one, and which one you should get, we're going to learn what a power spike is.

A power spike (or power surge) is a rapid rise in voltage that exceeds over the normal amount of electricity. It lasts about a thousandth of a second, but can cause damage to plugged in electronic devices. Devices that can be harmed include TVs, phones, computers, microwaves, DVD players, fax machines, stereos, and other electrical appliances. Power spikes are caused by lightning, downed power lines/transformers, faulty/damaged wiring, or the by the actual energy-sucking device. Please note: surges affect not only electrical wiring, but any wire that goes through a house, including phone cords and cable lines. 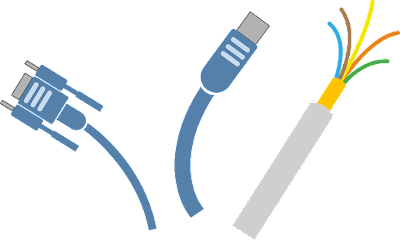 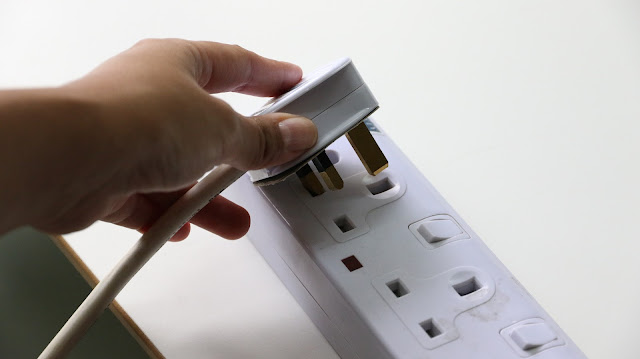 There are three types of surge protectors:
Today we'll be focusing on portable surge protectors. They're often mixed up with a power strip or power bar, and while they may look very similar, they are NOT the same. Firstly, power strips do not protect against power surges, they're literally just an expansion of our wall outlet. Secondly, they are cheaper than surge protectors (because they are missing that key function). People who are frugal might say a surge protector is just a glorified extension cord. While yes, it is it glorious be protected against power spikes (obviously), you shouldn't buy one if you're just going to use it as an extension cord and plug a small lamp into it and call it a day.

What Do You Need?


Now that you know what a power spike is and that you can protect yourself from it with a portable surge protector, let's talk about what you should look for in a surge protector:

The first thing you should look at is the physical size of the surge protector and how much space you have for it. This lets you save time from looking at ones that might not even fit where you need it. Is it going to be sitting on the floor in an open space or be inaccessible and hidden somewhere in the kitchen? You should also determine the cord length you desire.

Next, how many outlets do you require?  If it's hard to access, you should only buy one with what you need (with maybe one or two extra outlets) since you probably won't be unplugging and plugging things often. If it's going to be sitting somewhere with easy access, it's probably going to be used often for charging mobile phones, laptops, tablets, e-readers, and other come-and-go devices. A surge protector with 6 to 12 outlets would probably be best in this case. Plus, some even include convenient USB outlets! 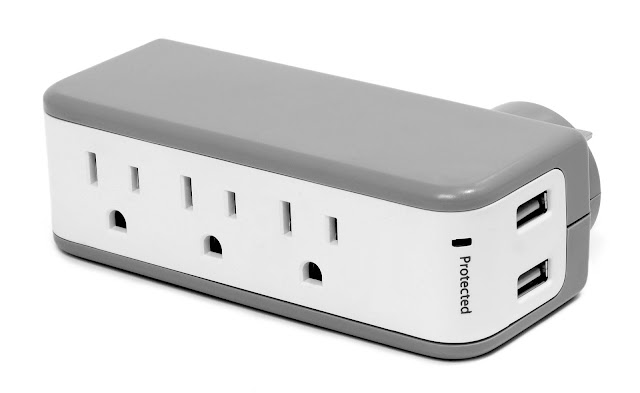 That's right, surge protectors are not a once-in-a-lifetime thing. They wear out over time or can die after absorbing so many power spikes. If you purchase a protector with 1000 Joules, it can protect against one power spike of 1000 Joules or ten power spikes of 100 Joules.

Death of a Surge Protector


Sadly, many surge protectors, even after there are no joules left, will continue to keep feeding power to plugged in devices and not give you any indicator that they are no longer protective (basically functioning as a glorified extension cord). If you do not prefer the guessing game, you may be able to find surge protectors with a light that indicates protection or one that stops letting power pass through after it has run out of Joules. A good measure when you're not sure is to determine how many years you've owned it: if you can't even remember when you bought it, it's probably good to replace it. In essence: when in doubt, throw it out. 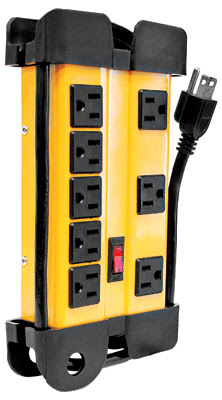 At Edmonton Fasteners, we offer an 8-outlet power bar by Toolway with surge protector for up to max 1050 Joules. It also features an indicator light so you won't be wondering if it's still protecting against power spikes.

Don't need surge protection and just want the power bar? We also have the same style power bar WITHOUT surge protection (click here) as well as a huge selection of extension cords! Got more questions on surge protection? Ask one of our experts in-store or in the chat! You can also email sales@edmfast.com. Thanks for stopping by and see you next post!
at July 05, 2018

Hey everyone! You may have seen our "viral" video where we cut a car in HALF with a Milwaukee 18V Reciprocating Sa... 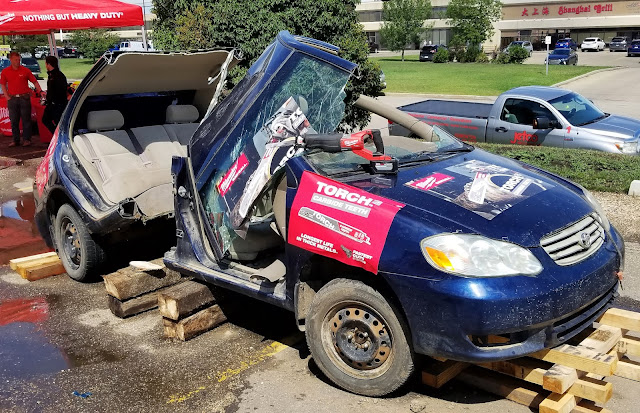